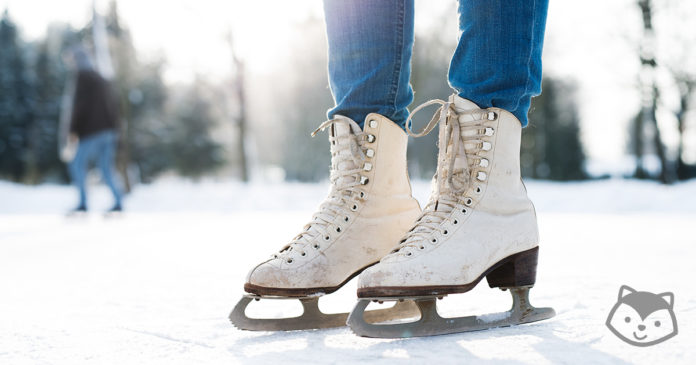 We skate over the round skating rink that is placed in the center of Osijek during the winter months. One little girl was standing on the sidelines, just like many others. Each time we came around, we waved and smiled. It took me five rounds before I realized that she was not just watching out of fun. She probably did not have money to pay for the skating.
I do not know the words for skating in Croatian. But, I did not needed to know them. I used my arms and legs, and everything was all right. A few minutes later, she joined us on the rink and was so very happy. Her eyes were sparkling with joy.
Judith gave her one hand and Femke gave her the other hand. Off they went!. They were a bit wobbly at times, but who cares. Oops! One fell, and the other joined. They all hit the ice. No worries—just stand again and try again. You know how that goes.
It made me so very happy. How unbelievably nice it is to be able to give—to make someone smile, to give someone a nice moment. What are three bucks to me? It is half a meal. But, she is so happy, and the girls join in giving. I shiver, more from happiness than from the cold.
After an hour, the game is over. We are called off the rink, and life goes on.
But, the whole week, her smiley face is in my mind. What is three bucks?
It is priceless.
Did you see some extra-ordinary thing, in just ordinary life, this week?

Thank you, for making our work possible here.