“All of humanity’s problems stem from man’s inability to sit quietly in a room alone.” Blaise Pascal

This is one of Jelle’s favourite quotes. No wonder: He loves doing just that. So, that is how we spent our first day of the holiday. The next day, though, we travelled from Szentistvan, (Hungary) to the South of Slovakia to visit the caves.

We followed the GPS, which guided us down unknown paths. It also told us our destination was not much further, just a few kilometres… But, the road became bad, and we were not so familiar with the unpredictable mountain roads. Did we take too much risk? Or, had we been too full of trust in each other? We gave up. Stuck on the road, we decided to turn—back to a wood cabin, where we took a rest to think about the next steps.

The kids were scared. Vanda, the dog, sensed it too. But, we were glad that we managed to drive the car back down a dangerous road, seventy meters backwards. That in itself was an adventure. We saw that we had lost some oil, and we did not trust the car anymore. Jelle called for help. Luckily, we had a connection.

The day before, I had been reading this, and it was still fresh in my mind:
“What did work was the test of the stubbornness and courage of the person who seeks. That’s why he did not have to rush over or lose his temper. If he did, he would not see the signs that God had laid on his way—hat God had laid in his way. It never occurred to him that it was a language that God used to show him what to do. —Do not get impatient. (Paulo Coelho, The Alchemist)

Just a few minutes after we left that dangerous place, a huge truck passed by filled with logs. We asked the man to stop, and he did not speak a single word of English, but he understood that we had a problem. Our car was still able to drive, so we asked him to go before us down the mountain just in case something would happen. He agreed, and that gave us a very safe feeling.
After a while, our car quit, and we were happy and thankful for a few things already: 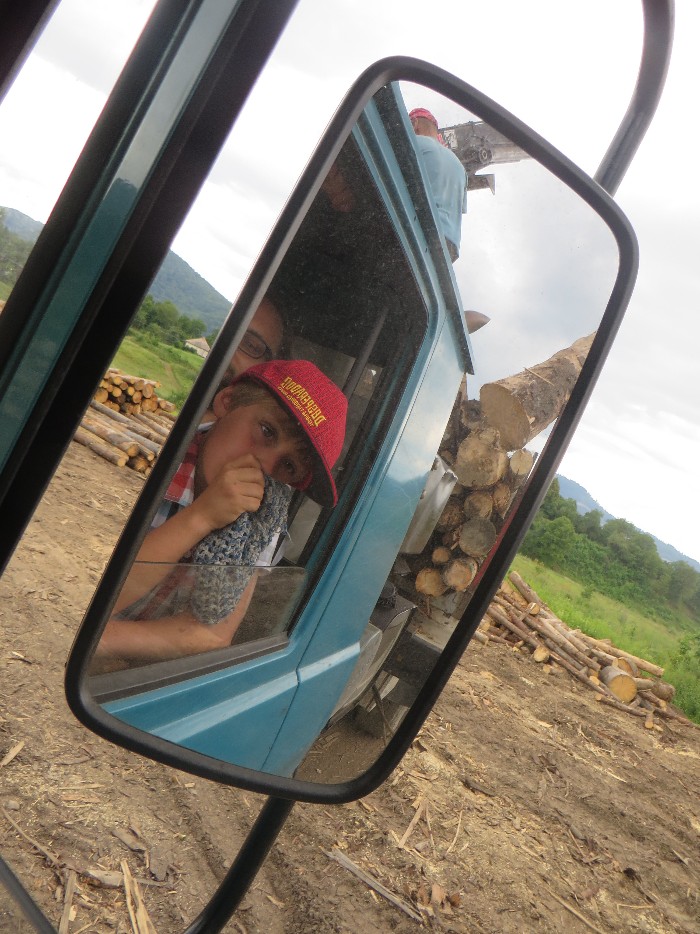 Laurens found it a wonderful experience to be in such a huge truck. Others among us experienced this differently. (It is not that I do not like an adventure; it is just that there are some limits.)
The truck driver helped us find a good translator, who helped us in many ways. We are very thankful to these friendly local Slovaks. What a way to help us!

And now, we are waiting in a simple hotel nearby in the midst of the mountains, resting and processing as this all came at a busy time.
We have just heard that our car will be finished tonight, so we hope to travel back to Szentistvan. Can you guess how we are planning to spend the few days that are left?

Thank you for your prayers.
(Reading suggestion: Paulo Coelho, The Alchemist)