Our second lock-down here in the Netherlands was disrupted by a wonderful surprise. First of all, due to the melting snow upriver in Germany and Switzerland, the rivers rose 14 meters above sea level. Normally, most of the Netherlands/Lowlands are below sea level—hence our country’s name.

Every year, I feel the adrenaline rush through my veins as the rivers show their strength and our vulnerability. 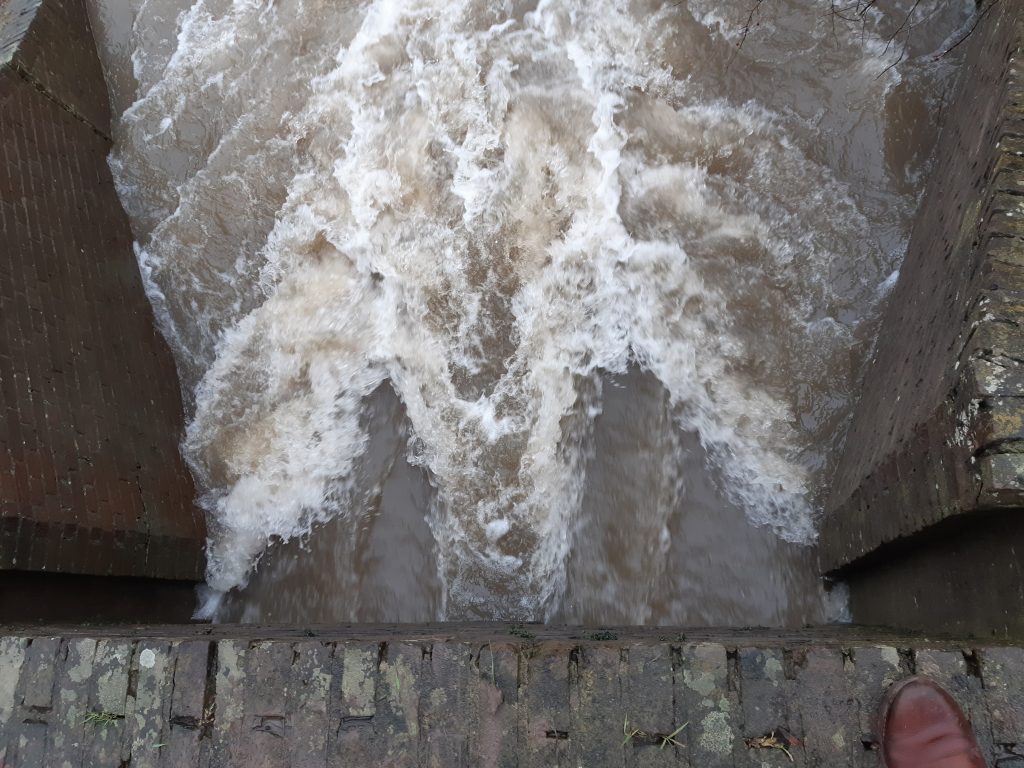 Fun Fact: Did you know that when the water really gets higher, about 7 and a half million water per second flows into the Netherlands? This is only around a certain time in the year, when the snow is melting in Switzerland and Germany.

The water and the floodplains were such an attraction to me that I have been going there almost daily recently. And every time, it looks different. I would like to share some of the sights with you. I also asked several people to share their photos, so it turned out to be a varied impression. 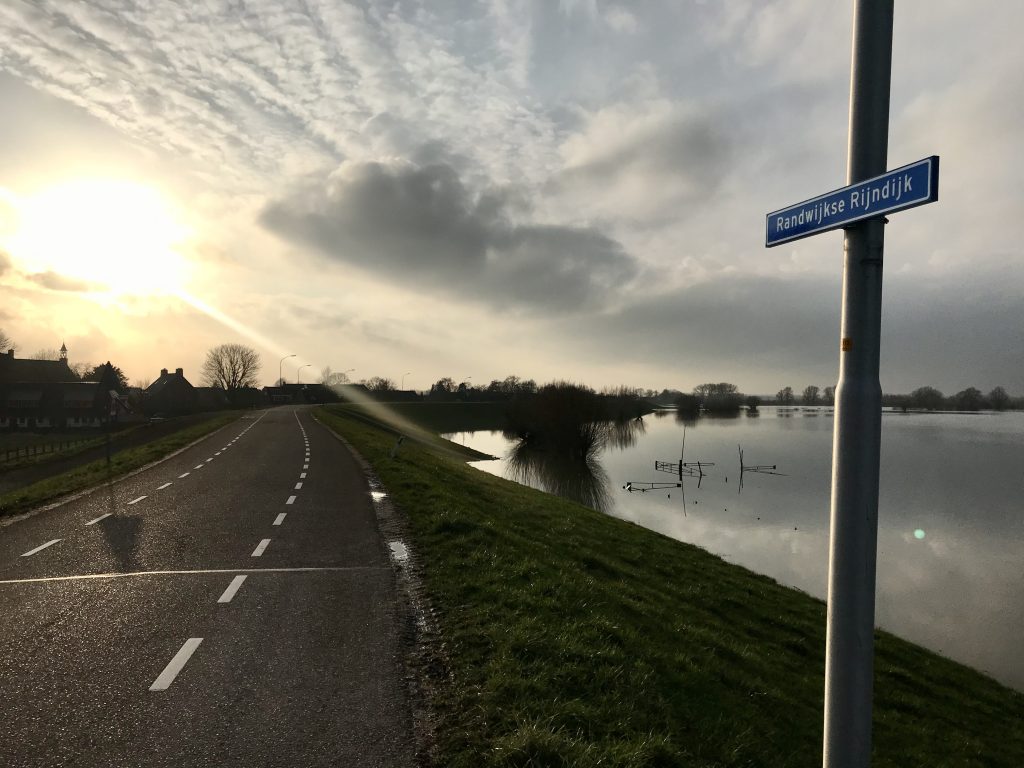 The next line is for those who would like to dust off their Dutch:

“The Randwijkse Rijndijk is the edge of the Roman Empire.”

We practiced this sentence in Randwijk (2012–-2015) when the girls learned the difference between the short ei and the long ij and a bit of history. It appealed to our imagination that we lived in the Betuwe in the civilized world of the former Roman Empire. On the other side, the Veluwe and further on the other side of the Lower Rhine: that’s where the barbarians lived 😉 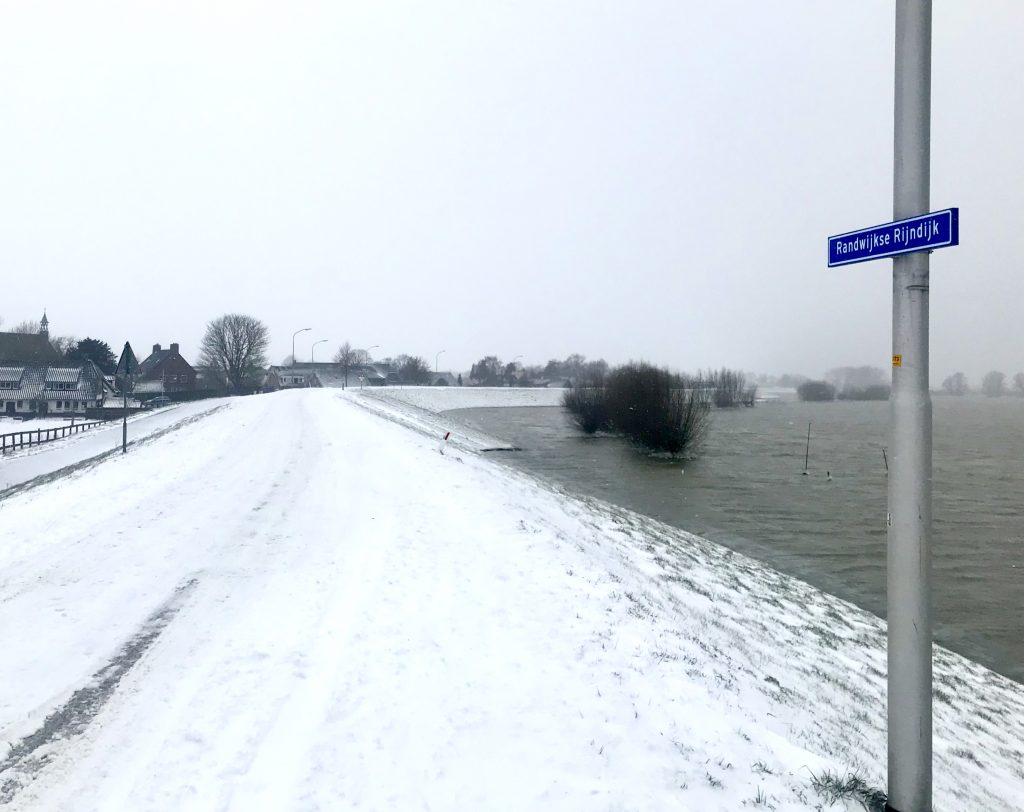 A few days later, the water was still high and snow was added. Again a few days later there was ice skating. Thanks to Dieneke Blok, who photographed the same place twice. Fortunately, the dike was swept clean fairly quickly, but until then it is pretty dangerous!

Not strange that there is such excitement here in the Netherlands about this weather. It only happens once a decade now, more or less. 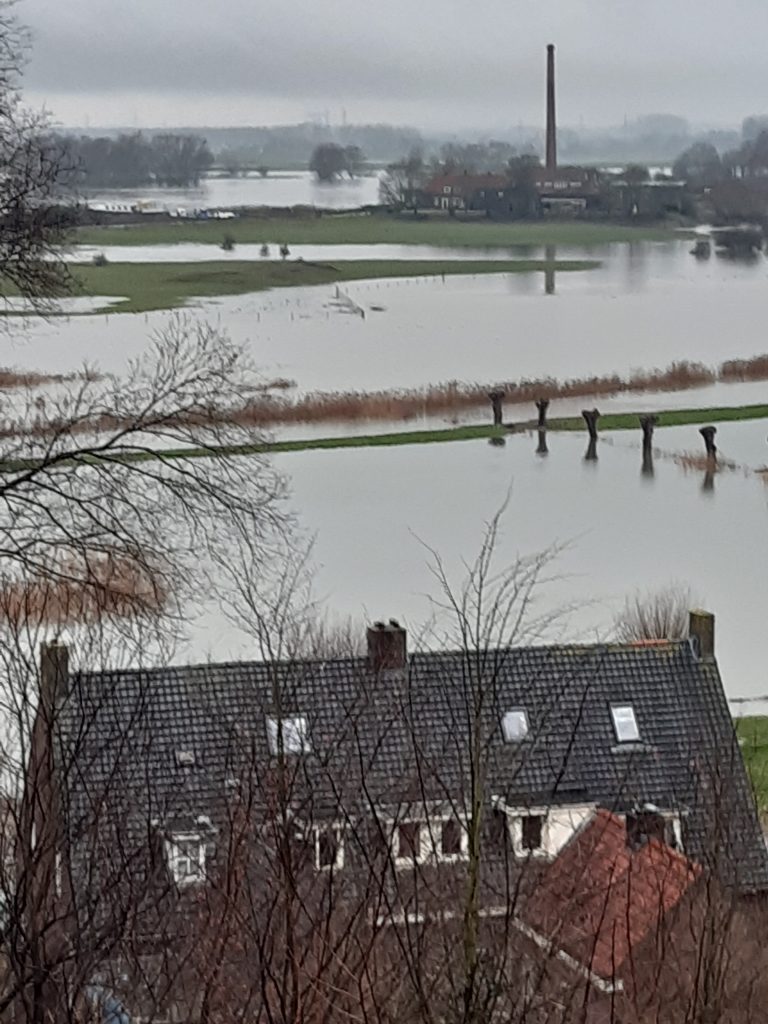 That factory you see in the distance became an island. The residents can either leave or go shopping in Wageningen by boat (with an icebreaker) or just live like a hermit for a while. One day, I’m going to ask them how they survived these weeks.

A few more images from the rise of the water. Made by Adrie Jansen. 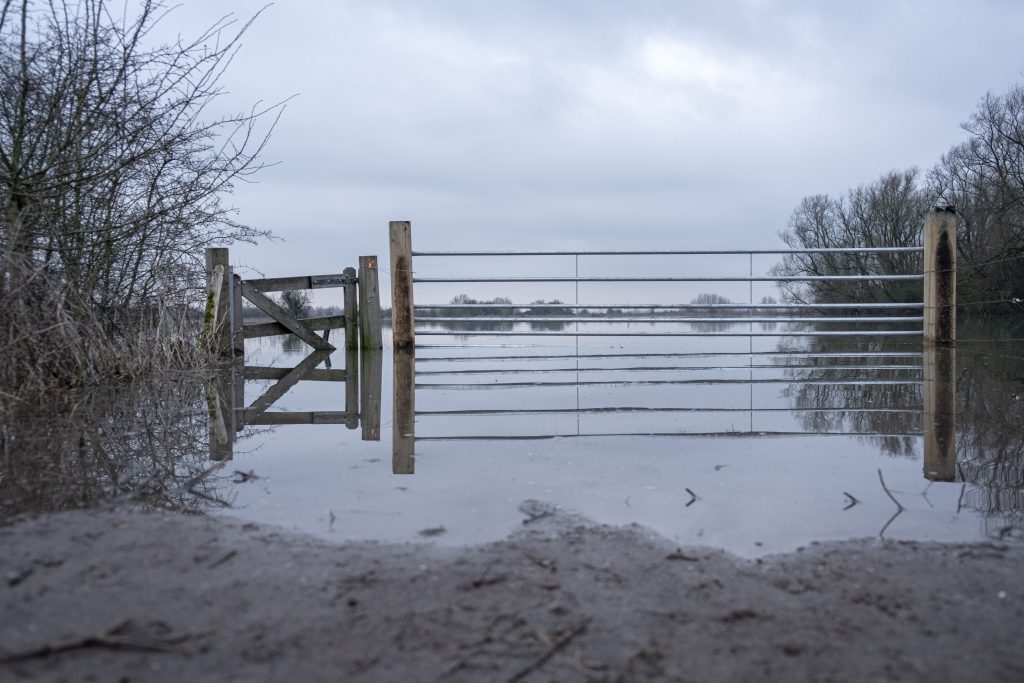 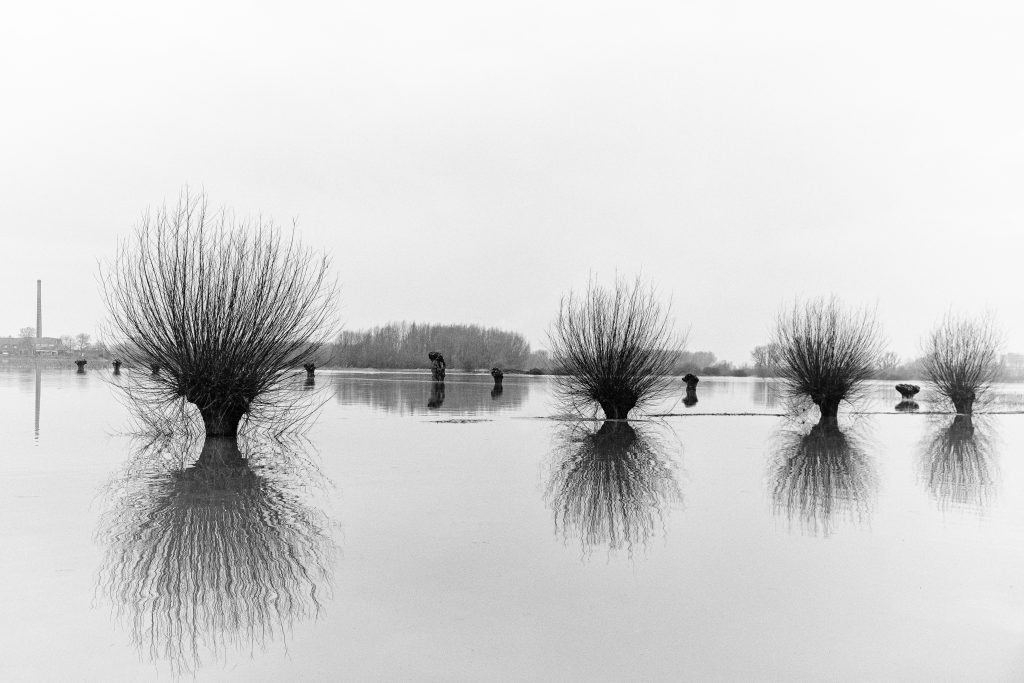 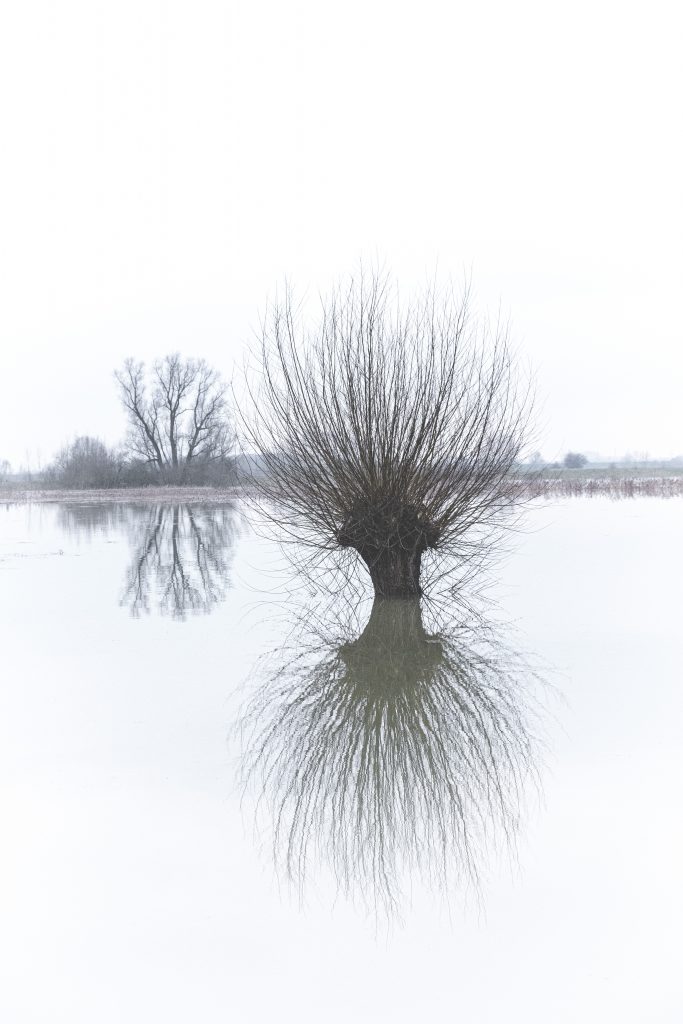 A few days later, the water turned into a large mass of ice. The path where we took the picture with the water rushing in is now impassable, and the road has been closed. 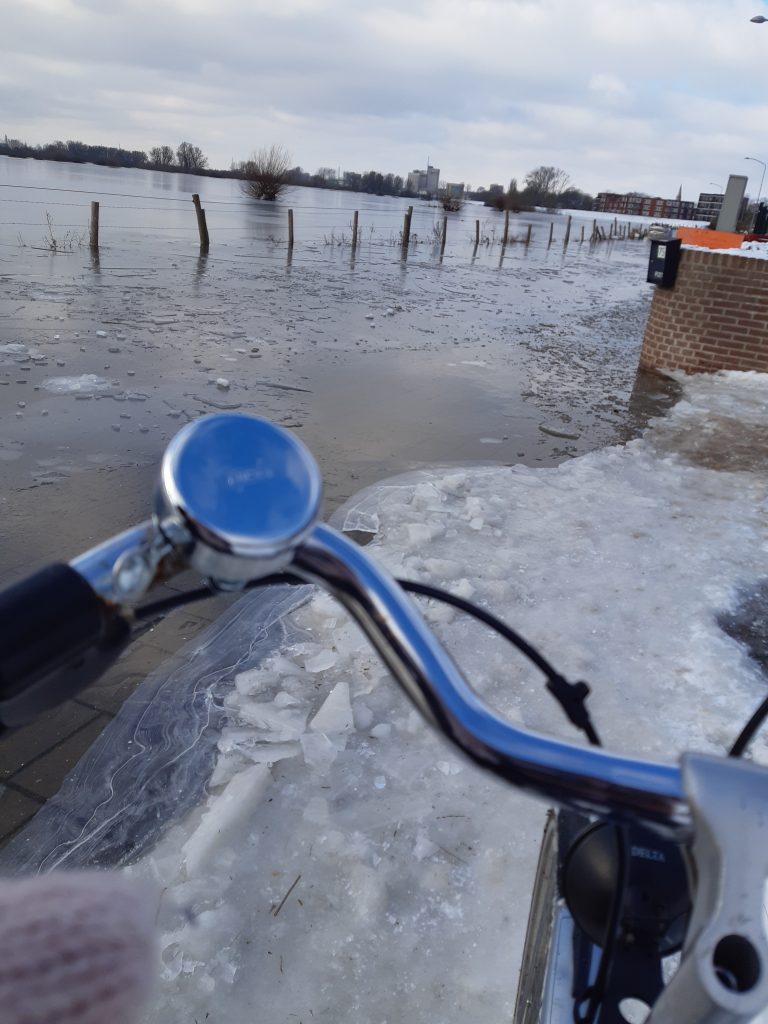 But, of course, some adventurers couldn’t resist wading through it. And what are we without our bicycles?

A few days later, it was freezing so hard that the water turned to ice, and the snow made the Arboretum near Wageningen a fantastic place. 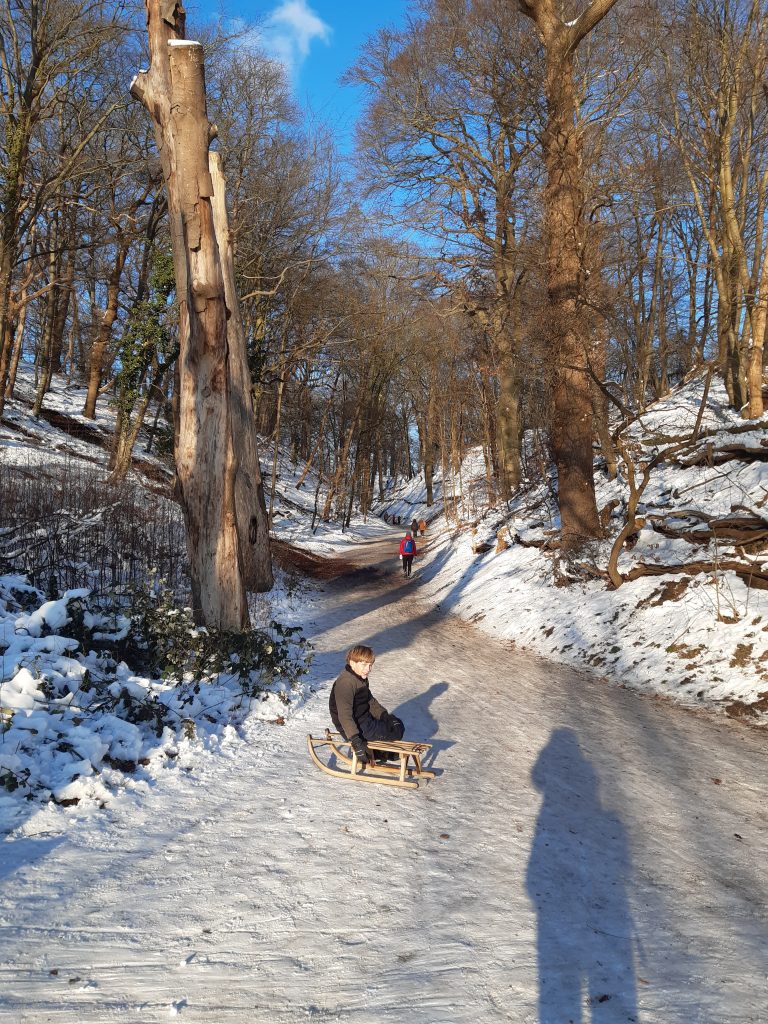 This ancient path must have a lot to say about the number of feet that have walked on it and the kids that have come to sled over the centuries. In our imagination, these visits extend back to the Romans who visited the Barbarians. This area is the edge of the Former Roman Empire.

So much fun, that sledding! 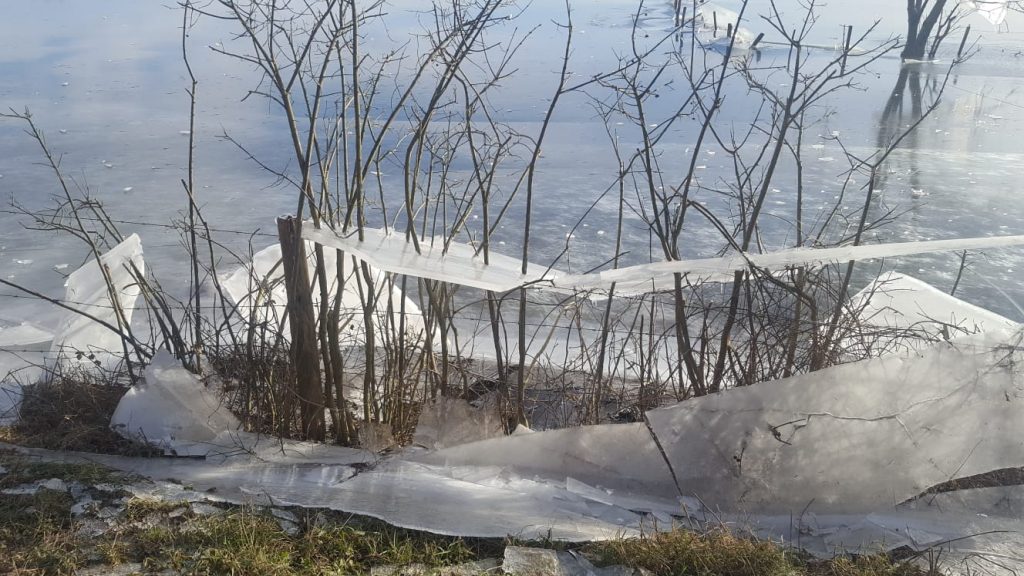 A few days later, the water started to sink again, but the ice remained for a while. Photo made by Arenka de Regt.

Here are a few links just for fun: