“Hey!” I exclaimed when I saw peppers in full bloom in the garden in the middle of Germany in the summer. “Usually, you see peppers more to the south than here.”

“That’s right,” answered the mother of the house. “But, we also actually come from a bit more to the south.” And so, this story came to the table, which opened for me a totally new perspective on the Second World War from a German perspective:

“In the second half of the 18th century, the then-ruling power in Germany wanted some of his compatriots to live in Vojvodina (what is now Northern Serbia). Everyone who moved there  got a farm, tools, and whatnot. The exact lists are written in the book about Kiss-Keer, a lovely German, organized village in the regions not far from Osijek. Now, look at what the card looked like: each box is a piece of land with a house on it.

People looked satisfied in this German colony. It was a full life from the 1700s until 1945. The photos show happy, well-groomed people, hard workers, and order. Cleanliness, a good organized life, and, of course, also a church and school.

With the Second World War, everything changed, and an end came to this peaceful, quiet village life. Everyone had to be in the army. In the end, the whole village was ransacked. The Germans lost and were fleeing, disoriented, leaving their elderly parents behind. Those who were too old to travel certainly went to their deaths.

Our friends’ great grandad was able to fly a dangerous journey through Europe. The young people fled. But, they had to leave their elderly parents behind.

Her ancestors had to pay for being German with their deaths. The offspring paid with years of unspoken pain. If you now visit the village of Bačko Dobro Polje (which means Dorp op Goede Grond) or look it up Wikipedia, you will not see this German history anymore. It has all been erased. All you can read about the village’s history is that in the fifties, it was settled with people from Montenegro.

The village of Bačko Dobro Polje is located about 90 km from Osijek, and on a fair day, we decided to pay a visit to see if the family home of our friend was still there. We searched through the streets into a life from the past, and the village came back to life. The house is still there! The family name is still engraved in it. And, the streets are still as they stand on the picture above: Right and Thorough. How exciting,thrilling, and also very sad. We spoke to the current residents of the house. The village has been around for much longer than they have, and the houses speak of decayed glory but also of a rich, prosperous, organized past.

The house of the ancestry of our friend Dorothee.

Perhaps this house was built after years of hard work.

It is not difficult to imagine how the old people left their stuff behind and were transported on cattle carts by road, where we later drove, on their way to their death, and now, it is a mass grave. Black ravens make their nasty noises and fly off and above the grave. The place is completely sinister—a large, empty landscape and a huge mass grave where our friend’s ancestors lie. 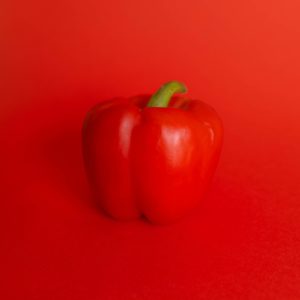 The younger generation started after the Second World War a new life in Germany, living with the sadness of the lost village life and everything else.  In his pocket, the young refugee took some pepper seeds as a reminder of a decayed era. The pepper seeds have been faithfully dried for decades and sown again by their offspring as a silent remembrance.
Fresh and new pepper every year for the family, with an old story.

This is the second blog post in a series of two about the wars in Europe.

Last week: The War I Did Not Know About.