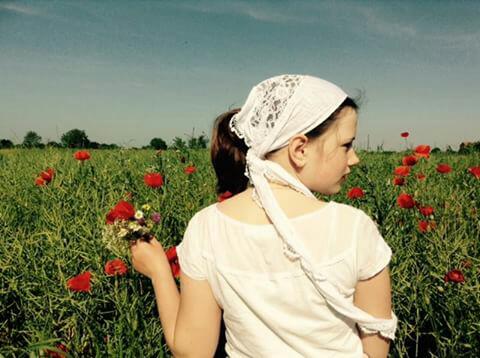 The War I Did Not Know About

“Yes!” shouted Femke. She had just discovered that 83% of the Dutch children who watch this program on the national television (jeugdjournaal) voted that they did not learn enough about the First World War. This Great War, which ended 100 years ago this week, passed our tiny country and we were not involved. But, it had a huge impact on the rest of Europe and the rest of the world. It started in Sarajevo, not far from where we live now. Millions of people died. In Dutch history, primary school books the children learn the dates of the war, and that is about it if the teacher does not add more information. Sadly enough, just a few decades later, we entered into yet another war, and in Yugoslavia, yet another one. This week, we remembered the end of World War 1: 11 minutes after 11 on the 11th of the 11th month.

For the first time, I realized a bit of its impact on England when we visited the Peter and Paul Anglican Church in Stokenchurch. On the wall is a remembrance plate with a whole long list of names for such a small village. A whole generation of young men and dads were wiped out, leaving broken and mourning mothers, children and other family members behind.

Over the years, we made regular visits to friends on their huge farm in the North of France in a small village what had been filled with trenches. At some point, we visited the Commonwealth War Grave Memorial. It made a big impact on us, seeing the soldiers’ ages, knowing that they had died so far from home leaving broken and mourning mothers, fathers, children and other families behind.

“A Testament of Youth”

On Friday night, we usually watch a movie together. We have been doing it for years now. Recently, Marijke suggested  A Testament of Youth (by Vera Brittain).

We hadn’t gotten very far into this movie when we all four started crying over the story that happened one hundred years ago. The full stupidity, meaninglessness, and complexity of war struck us powerfully.

A crucial moment in the movie (and in the book, of course) is when the nurse, is sitting next to a German soldier. Vera herself heard of the death of her fiance on the day of their wedding. She was totally broken, and then she lost her brother and two other friends. When she is sitting next to a young German man in France, who softly says loving words to his fiance just before he dies is it a turning point for Vera. It showed her the utter waste of lives during a war. When she saw this German man with love in his heart for his girl, she realized that many of us do have something in common: our heart and love. How senseless a war can be. With millions of dead victims and leaving many more millions of broken and mourning behind, it impacts generations to come. How many of us, do have a family story to tell?

I wondered, why is it good to remember the pain from the past? For me, it helps to put my own situation in perspective. I can worry about stuff, what is utterly unimportant comparing what people faced during these times.

In Flanders fields, the poppies blow
Between the crosses, row on row,
That mark our place; and in the sky
The larks, still bravely singing, fly
Scarce heard amid the guns below.

We are the Dead. Short days ago
We lived, felt dawn, saw sunset glow,
Loved and were loved, and now we lie,
In Flanders fields.

Take up our quarrel with the foe:
To you from failing hands we throw
The torch; be yours to hold it high.
If ye break faith with us who die
We shall not sleep, though poppies grow
In Flanders fields.

But why poppies? The answer is half biology, half history. The common or “corn” poppy, also known as Papaver rhoeas, grows throughout the United States, Asia, Africa and Europe and is native to the Mediterranean region. Its seeds need light to grow, so when they’re buried in the earth, they can lay dormant for 80 years or even longer by some accounts, without blooming. Once soil is disturbed and the seeds come to light, poppies nobody knew existed can then bloom.